Lumbee Days at the NMAI in Washington, D.C.

You are here: Home1 / Club Spotlight2 / Lumbee Days at the NMAI in Washington, D.C.

BGCA Native Service’s mission is to ensure that Native youth are encouraged to strengthen and sustain their cultural identities. The youth of the Boys & Girls Club of the Lumbee Tribe of North Carolina were not only provided with the opportunity to strengthen and sustain their own cultural identity, but also given a platform to share it with others.

The Lumbee Tribe, in collaboration with the Smithsonian’s National Museum of the American Indian (NMAI), recently hosted Lumbee Days at the NMAI in Washington, D.C. This event was an opportunity to showcase the Lumbee people, their culture, history, and arts to the world; allowing the Tribe to narrate their own story so that others can begin to learn and understand who they are.

About twenty Lumbee youth from the Boys & Girls Club of the Lumbee Tribe of North Carolina participated in the laying of the wreath, a somber ritual at the Tomb of the Unknown Soldier. Sierra M. and Tyee S., from the local high school ROTC, the Tribal Chairman, Harvey Godwin Jr., and Rose Marie Lowry-Townsend, Club CEO, participated in the formal ceremony, laying the custom cultural design to signify respect to the fallen Lumbee soldiers and all soldiers. Chairman Godwin shared, “In Lumbee culture it is important to honor the military service and sacrifice of our members. That is an essential lesson for our youth and why it was vital to me that our Boys & Girls Club members take the lead in laying the wreath on the Tomb of the Unknown Soldier.”

The youth of the Boys & Girls Club of the Lumbee Tribe of North Carolina were actively involved in a variety of programs during the 4 day event. They shared their knowledge of native arts including corn husk dolls, pottery, and gourd rattles during hands-on activities in the museum’s imagiNATIONS Activity Center. The youth demonstrated traditional art techniques to young museum visitors and provided them with an opportunity to make their own to take home.

Other activities included Tribal Chairman, Harvey Godwin Jr. meeting with North Carolina Senator Burr during a visit to Capitol Hill. Federal recognition for the Tribe is currently being sought through federal legislation which Senator Burr introduced earlier this year. Chairman Godwin said, “I am thankful that our youth had the opportunity, through the Boys & Girls Clubs, to participate in Lumbee Days. Lumbee youth are the future of our people and it’s important for them to take ownership in their culture and telling our story to the world, they will be the ones to continue our fight and tell our story in the seven generations to come.” 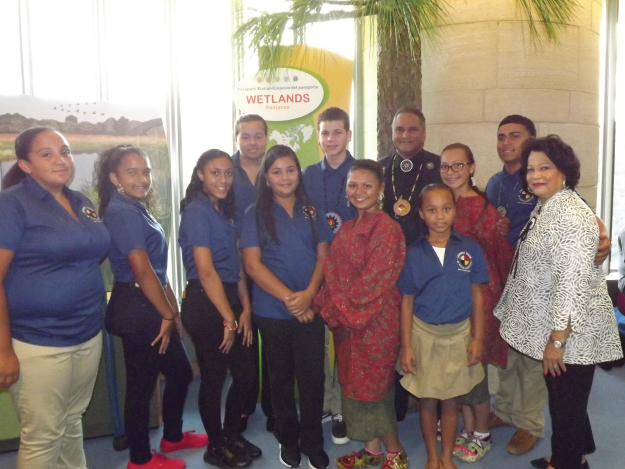