You are here: Home1 / Meet the Team

In February 2013, the partnership between BGCA and communities with Native Clubs strengthened even more with the development of the Native Services Unit. BGCA Native Services is committed to addressing the challenges and issues unique to Native lands. Our team has very ambitious goals to aid in the sustainability and development of all Native Boys & Girls Clubs.

To learn more about the BGCA Native Services team members and the specific Native organizations team members serve, click on their names below. 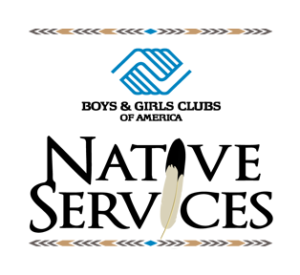 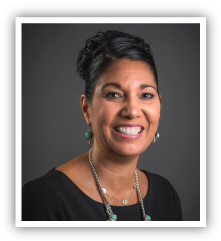 Carla is a proven visionary and strategic leader with 20 years of executive level, non-profit experience. She began her work in BGCA with the chartering the first Native BGC in the Northeast as the Chief Professional Officer. Carla grew the service area for youth and partnered with five federally recognized tribes to expand programing for Native youth.

Additionally, Carla is a tribal member of the Penobscot Indian Nation, and Bear Clan, married to Joseph Knapp and proud mother of two children. With the support of her family, Carla’s mission is to provide opportunities that improve the lives of youth and communities. 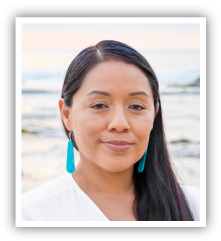 Kelly Concho-Hayes is an enrolled tribal member of the Navajo Nation and hails from Tsayatoh, New Mexico. She is Red Running into Water (Navajo) born for the Acoma (Child of the Little Eagle Clan) and Zuni people (Child of the Turkey Clan). Kelly is married to Jeremy Hayes from Nambe Oweenge (Winter Clan), who is active duty in the U.S. Navy for over 20 years. They have three daughters, Nanabah, Lena Povi, and Makowa.

Kelly holds her Master of Education in Curriculum and Instruction and Bachelor of Science in Education from Montana State University. Growing up on the Navajo, Acoma, and Zuni reservations, Kelly is deeply rooted in her traditional teachings from her family and community. Her work has always been with American Indian and Alaskan Native people, which has allowed her to collaborate with various organizations, tribes, and villages across the United States including Hawaii and Alaska at different capacities.

If you are interested in starting a Native Club in one of Kelly’s states, contact her via 505-660-6733 or kconcho-hayes@bgca.org.

Anna Bear is a Nez Perce Tribe Descendant who was born and raised in Lapwai, ID, in the heart of the Nez Perce Reservation. Anna is married to Frank Bear and is blessed with two amazing bonus children, Peyton and Tyus, and several nephews and nieces. Anna and Frank also have supportive, strong and large families whose unconditional love and support make it possible for Anna to give back and support our youth and communities. Anna has extensive nonprofit management experience and has been with the Boys & Girls Club Movement for 18 years. Most recently she was the Director at the Lapwai Branch of the Boys & Girls Club of the Lewis Clark Valley for 15 years. Anna has both implemented and overseen several youth development programs and activities including Immersion Mentoring, On the T.R.A.I.L. to Diabetes Prevention, mentoring programs, SMART Moves, Tribal Suicide Prevention Program, and GO On Higher Education program. In addition to experience with program implementation, she also oversaw the successful building and sustainment of a brand new Boys & Girls Club building for the community of Lapwai.

During her time at the Lapwai Branch, Anna had active involvement with her Club, community, and Tribe serving on committees, groups, and boards to increase her circle of influence to provide more support and opportunities for Native youth. Additionally, she has also served the Boys & Girls Club of America as a National Training Associate and Native Advisory Committee member.

If you are interested in starting a Native Club in one of Anna’s states, contact her via 208-790-5207 or abear@bgca.org. 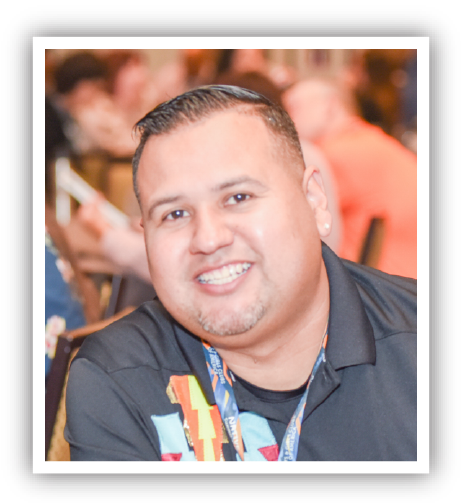 Wambli Dolezal, an enrolled member of the Yankton Sioux Tribe of Marty, South Dakota, also has roots among the Crow Creek Sioux Nation of Fort Thompson, South Dakota. Wambli has worked in Indian Country for 11 years. For nearly 4 years, he served as the CEO of Boys & Girls Clubs of HoCak Nisoc Haci in Winnebago, Nebraska in addition to 3 years on their Board of Trustees. Wambli has built strong partnerships within the Winnebago community and Native communities to support Indigenous youth. He believes incorporating Native culture into Boys & Girls Club programming is vital for our children to use as a source of strength.

He earned his Bachelor of Arts in Sports Management in 2016 and Master of Science in Organizational Management from Wayne State College in 2019.

Wambli makes his home in Winnebago, Nebraska with his wife Cassie and his 4 children, Mimike, Misu Bear, Wakiya and Baby Wambli. He enjoys traveling to pow wows, playing golf, watching sports and spending time with his family.

If you are interested in starting a Native Club in one of Wambli’s states, contact him via 712-635-6398 or WDolezal@BGCA.org. 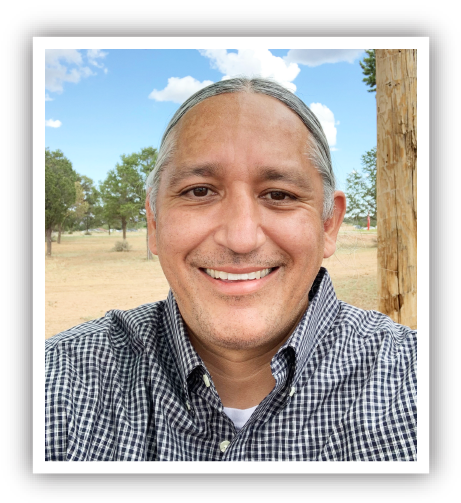 WarLance Foster is an enrolled member of the Navajo Nation from Fort Defiance, Arizona. Prior to becoming a Director of Organizational Development for BGCA Native Services, he served as CEO of the Native American Basketball Association (ABA) for five years, where he grew the company by developing the organizational strategy and structure to incorporate more Tribes and increase sponsorship. WarLance has additional experience as an Athletic Director at Window Rock High School and Dine College, where he was responsible for managing and operating the athletic department, coaching staff, and player eligibility.

He currently holds a Bachelor Degree in Sociology from Western State College of Colorado and a Master’s Degree in Business Administration from the University of Phoenix. WarLance is currently working towards his Doctoral Degree in Organizational Leadership from Grand Canyon University and will utilize his education to help improve the services provided within Indian Country.

If you are interested in starting a Native Club in one of WarLance’s states, contact him via 480-628-0710 or WFoster@BGCA.org. 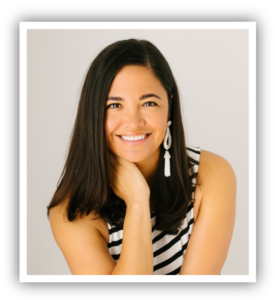 Brandee Paisano is a mother, activist, U.S. Navy veteran 2000-2005 and an enrolled tribal member of the Laguna Pueblo tribe (Badger Clan). Brandee has spent the past 13 years working in youth development and in her previous roles she has overseen Club operations, developed and maintained partnerships with school districts, tracked compliance with federal and state regulations and grew legislative partnerships that benefited the Clubs that she supported. She has a passion for supporting students with special needs and those furthest from educational justice and throws her energy behind providing intentional programming and support protocols to make sure that all children are successful. Brandee holds a Bachelor’s Degree in Management from City University of Seattle and an Associate Degree of Applied Arts from the Art Institute of Seattle.

In addition to working with youth daily, Brandee has spent the past 10 years coaching youth cross country and track. When she’s not at work, Brandee enjoys running, stand up paddling, rollerblading and most recently competed in her first Adventure Race with a veteran team for The Warrior’s Keep. She lives with her partner Joey Hazard, 13yr old son and two pitbulls; Tula and Tedy.

Boys & Girls Club of The Poarch Band of Creek Indians

Boys & Girls Club of the Seminole Tribe of Florida 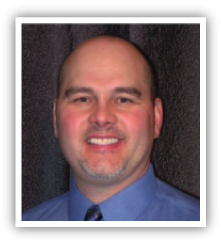 Tim brings over 20 years of experience in the non-profit sector through Boys & Girls Clubs and YMCA’s. He has played an integral part in the start-up and sustainability of Native American Boys & Girls Club Organizations on the Leech Lake Reservation and the White Earth Nation. His leadership and vision has directly contributed to the advancement of youth services for two Northern Minnesota Tribes.

Tim earned a Bachelor of Science degree in Corporate & Community Health Promotion from the University of Wisconsin-Superior in Superior, Wisconsin in 1995. Tim graduated with honors as he held a 3.65 GPA over the course of his post-secondary experience. He also was a multi-sport athlete as he played both football and baseball during his 4.5 years of college.

Tim is a descendant of the Cherokee Nation and Choctaw Nation through his mother. He lives with his wife Kristi in Bemidji, Minnesota and has 2 daughters, Madison and Avery. He enjoys spending time with family and friends and especially loves playing golf in the summer as well as watching the National Football League in the fall and winter as a huge fan of the Minnesota Vikings.

If you are interested in starting a Native Club in one of Tim’s states, contact him via 218-766-5252 or treiplinger@bgca.org. 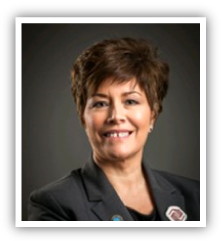 Jacquie has been working mostly within Indian Country for more than 25 years. Her strong leadership experience and capacity building along with her ability to construct solid relationships within communities has brought about positive developments for various tribal organizations and Native communities.

Furthermore, Jacquie has vast experience with Tribal TANF Programs (Temporary Assistance for Needy Families), directing, managing, developing and implementing compassionate and accountable social service plans including youth wellness components. Her strong community outreach and relationship building skills are something she prides herself in.

Jacquie is an enrolled member of the North Fork Rancheria of Mono Indians of California. She was previously elected to the Tribal Council and served 10 years with terms as Tribal Chairperson and Tribal Secretary, developing and implementing tribal government initiatives. She is very proud of her tribe and their accomplishments over the years. Born and raised in the exact geographical center of California in the beauty of the Sierra Nevada mountain community of North Fork, Jacquie has 3 fun-loving, full of life grandchildren, Téa, Tatum and Sawyer, whom she absolutely adores.

If you are interested in starting a Native Club in one of Jacquie’s states, contact her via 559-676-5239 or jvanhuss@bgca.org. 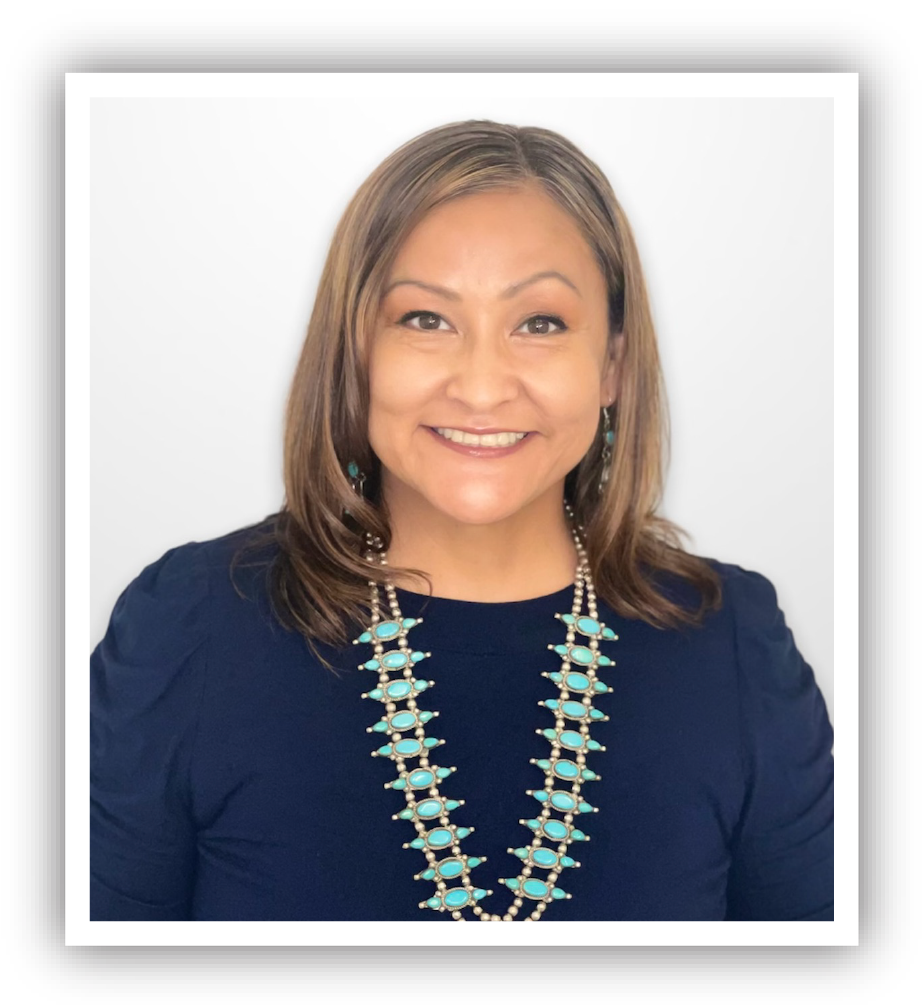 Candita Woodis, is a citizen of the Dine’ Nation (Navajo Nation) from Shiprock, NM. Prior to becoming a Safety Analyst for BGCA Native Services, she served as QA/QC Performance Improvement Specialist with HHS Indian Health Service for 10 years, prior to that she worked in Higher Education as a Financial Aid Director and Adjunct Professor.

She currently holds a master’s degree in Information Resources Technology and Library Science from the University of Arizona and a Bachelor Degree in Tribal Government & Policy from Arizona State University as well as a Tribal Court Advocacy degree from Phoenix College. Candita is excited to join BGCA Native Services and will utilize her expertise to help Clubs provide the safest place for youth in Indian Country as safety is our number one priority. 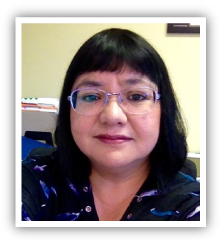 Norma holds a BBA in Organizational Behavior from the University of North Texas School of Management. She joined BGCA in 2013. In her current role, she serves as the Executive Coordinator for BGCA Native Services.